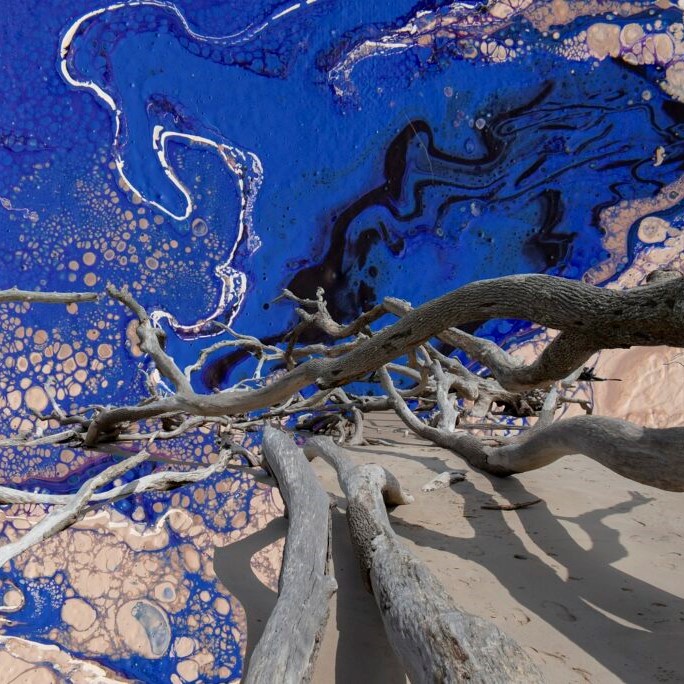 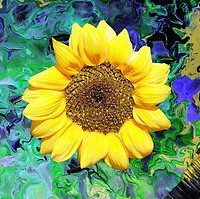 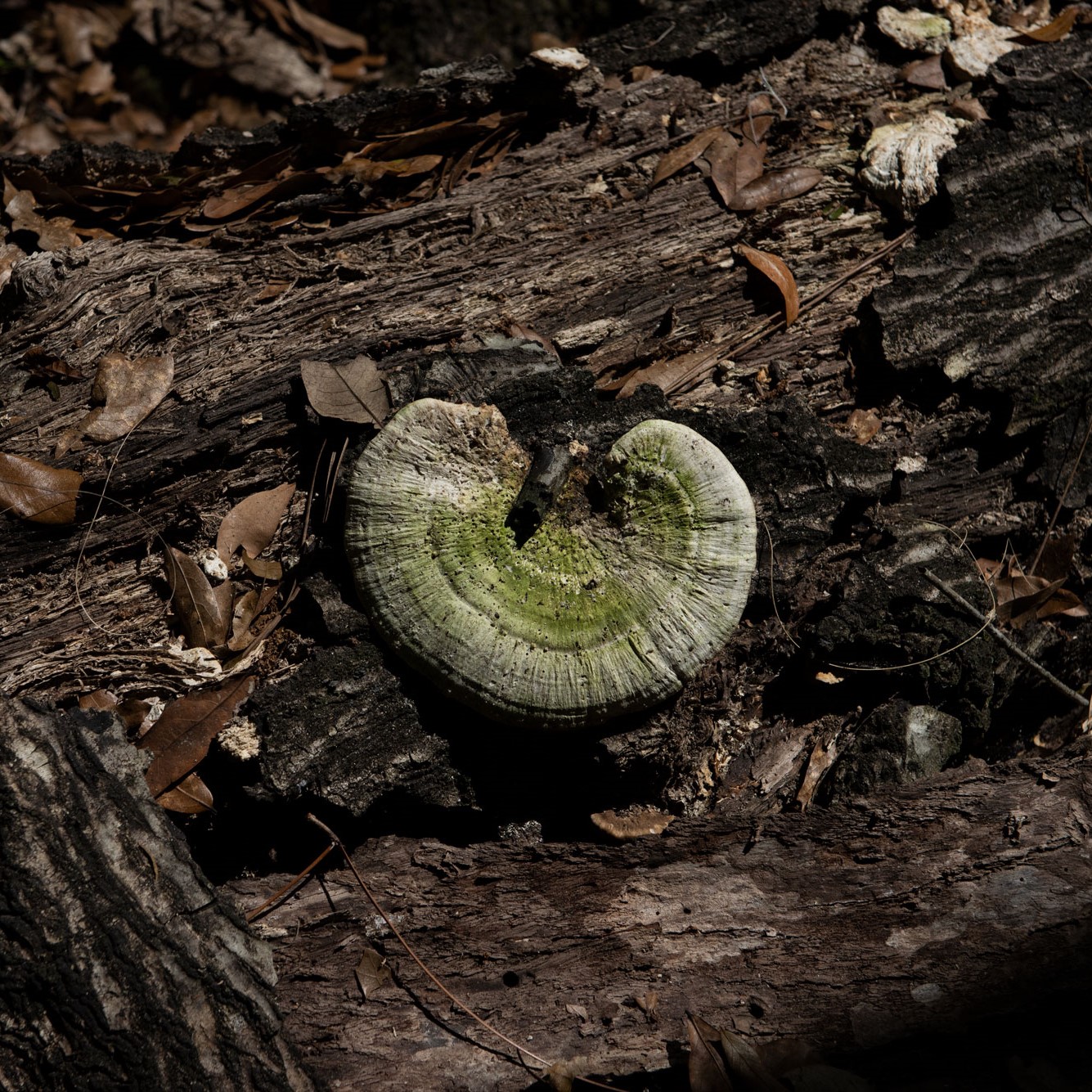 25 minutes! if only my daughter could go with me to the 1/2 marathon

I enlisted my daughter to help me with this one.  She rode her bike alongside and caught me up on all the 5th grade going ons that could possibly be fit into 25 minutes.  Talk about a distraction, I was so busy listening to her that I was actually surprised when my time was up!  Now I’m wishing I knew someone around to go running with me, I may have to ask around.  It’s amazing how many people I see running in my neighborhood, and I don’t know ANY of them.  You can’t stop someone in the middle of a run to introduce yourself, I’ll have to see if any of them are on MapMyRun.

and a minor failure

I like to run at a park on the weekend so that I can run on dirt.  This time I tried the park across the street from my house, I walk there all of the time and it’s a nice long, hard dirt road for as long as I could possibly go.

What I didn’t notice all the times I’ve walked it is that that nice dirt road turns to deep soft sand quite a few times.  I was thinking all the sandy parts were at the beginning where I was walking anyway!

The good news is I saw a deer, the bad news is I didn’t make it to the end of the second OR third run by a couple minutes.

After that I took two days off before W6D2, two ten minute runs.  I managed to finish them both on the nice, friendly, unchanging asphalt road.

Contrary to what I thought when writing the last post, the next two runs WERE easier and I made 20 minutes today without even passing out or anything.  I actually got over the feeling of molasses somewhere around 10 minutes.

My big concern of the moment is how to listen to music while running.  I’ve been using my cell phone to listen to an mp3 with a voice over to tell when to run and when to walk, and I’ve just been putting the phone in my jacket pocket.  We’re not even all the way through February and it’s already getting too warm to wear a jacket running, no matter how early in the morning I run.  I’m thinking of getting the ipod touch just because I read somewhere you can get a gps app for it, which would make it much more worth the money.

I ran w4d2 last night, and I felt like I was running through molasses.  For the first time since I started running 4 weeks ago I started wondering what the hell I was thinking signing up for a 1/2 marathon when I hadn’t even started running at all.  At least I can walk as much as I need to.  But somehow I’m also supposed to raise $2,300 to go with them!  I know I made my goal $3,500 but now I’m wondering once again what I was thinking…

Then again I just read over the coming workouts for the Couch to 5 k plan and I just realized it has you running 30 minutes a DAY for week 8.  For some reason (I swear I read the whole plan multiple times) I thought that was just the last day of the plan.  That’ll be pretty cool if I can just get there!

I’m kind of looking forward to running tomorrow morning, but I’m kind of not because I’m worried it won’t be any easier than last night was.  How am I going to be able to get to the end of week 5 and run 20 minutes if 5 doesn’t get any easier?

I decided to start running every other day instead of running 3 days a week plus a really light Sunday.  So of course I woke up to my first Monday I was supposed to run and it was raining.  I know I’ll have to get used to running in rain if I’m gonna run in Florida, but I sooo wasn’t feeling it. I did my off day arm and core stuff instead.  But tonight when I got home I felt good so I went out and started week 4.  It’s 2 three minute runs and 2 five minute runs with little walks in between. AND I LIVED.  I didn’t go fast and I did get out of breath, but I don’t care because I still did it.

It was strangely different running at night instead of the morning.  Either way it’s dark, but in the evening there’s a surprising amount of people out doing whatever they’re doing, and plenty out walking their dogs.  I don’t usually like running when people can see me (I feel like I’m pretending to be a runner) but it was kinda nice to have people around, makes me realize how creepy running at 5 a.m. really is!

The best thing is since I wasn’t planning on running tonight I did two days of exercise today.  That means tomorrow can be a guilt free easy day. I’ll do some nice and easy yoga in the morning and spend the rest of the day in zen mode.

I love weekend runs. Instead of running through a neighborhood in the dark I can run at a park and I can see where I’m going! If that’s not good enough it’s also the end of the week, which means I’ve finished another week in the program successfully!

One thing I’m quickly learning about running- it makes places a lot smaller.  The park I’ve been running at is about a mile long.  I didn’t know that until I started running, I thought it was a lot bigger.  Of course it’s on the water so if you have a boat it IS a lot bigger, but that’s besides the point.  Running gets you to the end of a mile awful fast- even when you’re doing more walking than running like I have been.

I went to a different park this weekend, and started at the place in the picture there.  Unfortunately that path ran out really quick, but I was still able to run along the water and watch for alligators.  None today, but I did see 3 deer when I was driving out of the park.  You have to love a Prius, it’s so quiet that the deer just let me coast by without running off.

Next week starts week 4, that means running for 5 minutes at a time.  According to the plan that’s about 1/2 a mile.  I don’t think that’s true in my case since I run extremely slow, but I’m going to call it a half mile anyways just because it sounds so impressive!

Happy news for me, friends from work said it was so hard to run this morning because it was literally 100% humidity this morning. I don’t know if that’s true or not, but I’ll take the excuse. I know it was foggy for certain.

On my break at work today it was really odd weather- I couldn’t tell if it was very slightly raining or like 200% humidity. If I stood still it was dry, but when I walked it felt like it was raining just a little! Four years in this state now and I’ll never get used to it.

Tomorrow’s forecast is early rain – it may be my first day running in rain. I’d feel bad for myself if I didn’t know that there are people running in the ice and snow. Suddenly I’m looking forward to a little rain!

Wishing it were colder in Feburary?

Today was day 2 of week 3, and it felt harder than day 1! This is the first time that happened so far. I blame it on the weather.
My very first day running it was in the high 40s so I wore a sweatshirt and a light jacket, and I about died of heat exhaustion. I’ve always been the only cold person in a room full of people so that was pretty shocking to me. Since then I’ve under dressed to run and been much more comfortable. But today I just wore a t-shirt and a really light jacket and it was still too hot. It’s 64 degrees outside! This is the first time in my entire life I was wishing it was in the 40s.
My calves felt weird today too, I think it’s what people mean when they say their legs feel heavy. But I don’t care a bit. I’m halfway through week 3 without any injuries or aches and pains and for me that’s all the success I need.
But waking up to 50 degrees for my Saturday run would be nice too!

I did W3D1 this morning (though before 5 a.m. should still count as the middle of the night). Week three is 2 ninety second runs and 2 three minute runs. I thought the three minute runs would be hard, but they weren’t too bad. I do think that I’ll have to create my own mp3s with music I like for when the runs get longer though. Three minutes gives you plenty of time to notice if you’re listening to music you don’t really like.

I can’t believe I’m starting my third week and I haven’t hurt anything yet. I did about have a heart attack this morning though -a man was walking his VERY huge husky and it lunged at me as they went by. I think it was an I want to play lunge, and I saw the dog long before that, but I still jumped about a mile. That’s OK, a good laugh that early in the morning is well worth it.

I finished week 2 day 3 of the Couch to 5k program this morning! The third day was pretty easy both weeks, but that could be because I run day three in the park by the bay; after I wake up because I want to. Much more fun that waking up and running in the dark before work through the neighborhood! That officially wraps up week 2, though I’ll probably go on an even slower than usual run tomorrow night too since my shins didn’t bother me at all this morning. Last Sunday I went with the kids riding around me on their bikes, and they were distracting enough to make it another easy day. Too bad I can’t have them ride their bikes with me in the half marathon!

Next week we go from 90 seconds to 3 minutes at a time. I’m actually looking forward to it even though it won’t be easy.

I can’t believe that I’m happy to be running a big 90 seconds at a time, but it’s more than I could do 2 weeks ago!

What’s even more amazing is that thanks to some very generous people I’ve already raised $200 for the Crohn’s and Colitis foundation of America on my fundraising site. I don’t know if I’ll hit my goal of 3,500 by the end of May, but I’m off to a great start!