Right near the border of northern Georgia we happened upon a place that I swear if there are magic places this was one of them.

It was a little shop full of paintings and statues and all kinds of art that the man in the store (definitely a second generation hippy) and his father had created.  Everything from maybe 8 inch paintings to a huge metal elephant, all hung from the wall, the ceiling, leaned haphazardly against each other and generally looking like an old second hand store with really cool art instead of junk.

I thought it was called 3 Legged Art but now looking at the picture there is no D so call it what you like. 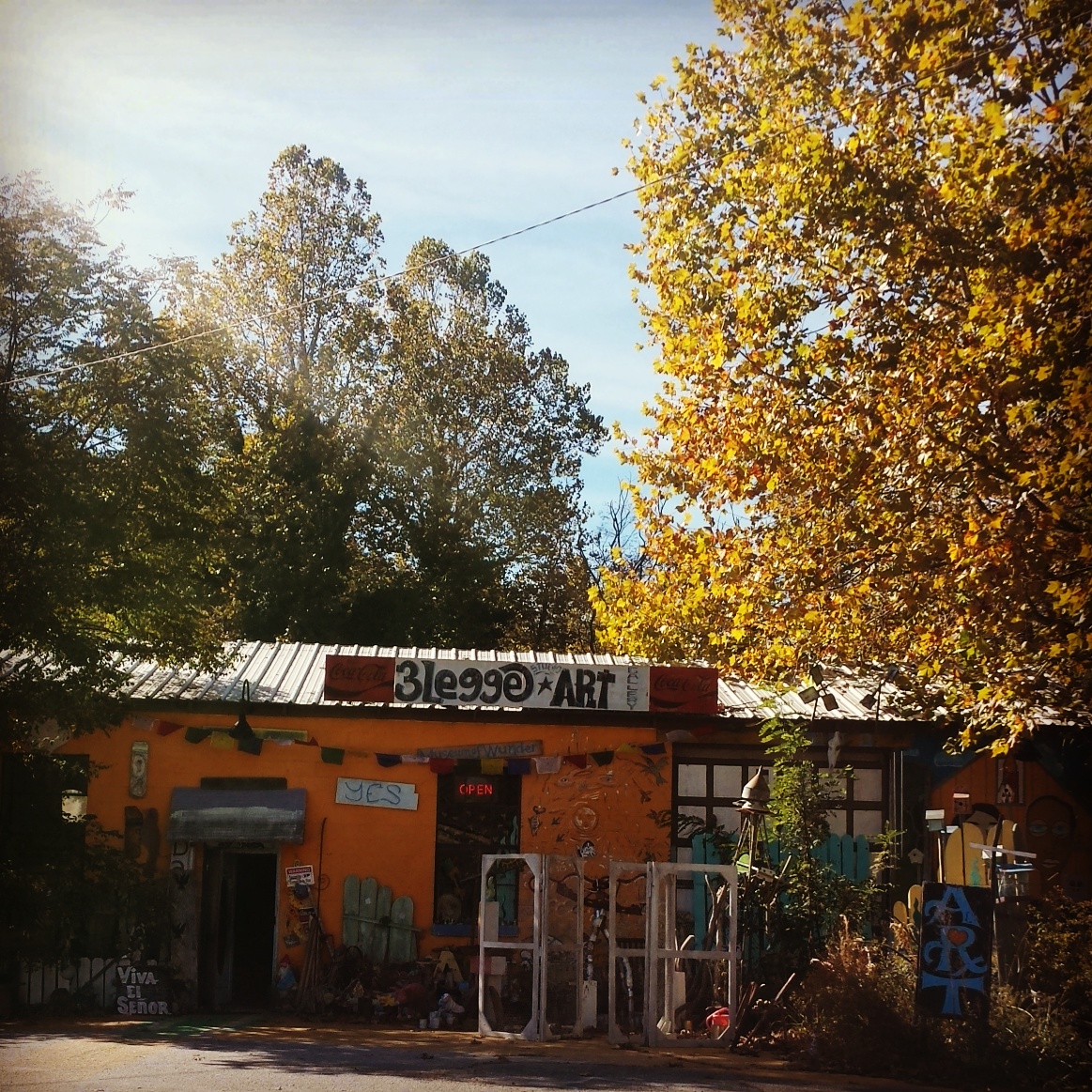 There was an attached building next store that was full of furniture.  Maybe one of a kind metal table and chair sets, maybe manufactured somewhere and brought in, I don’t know.  They also had huge wooden tables and chairs, each carved from one huge piece of wood. I didn’t take any pictures inside because it seemed disrespectful, almost like stealing but if you ever pass by that way you have got to stop and wander about a bit.

Way out front in a gated area they had all kinds of metal statues imported from Mexico, everything from little dogs to jack-o-lanterns to a big purple dragon.  There was even a metal mattress frame hanging from the ceiling that had been made ornamental with the help of wine bottles and such. 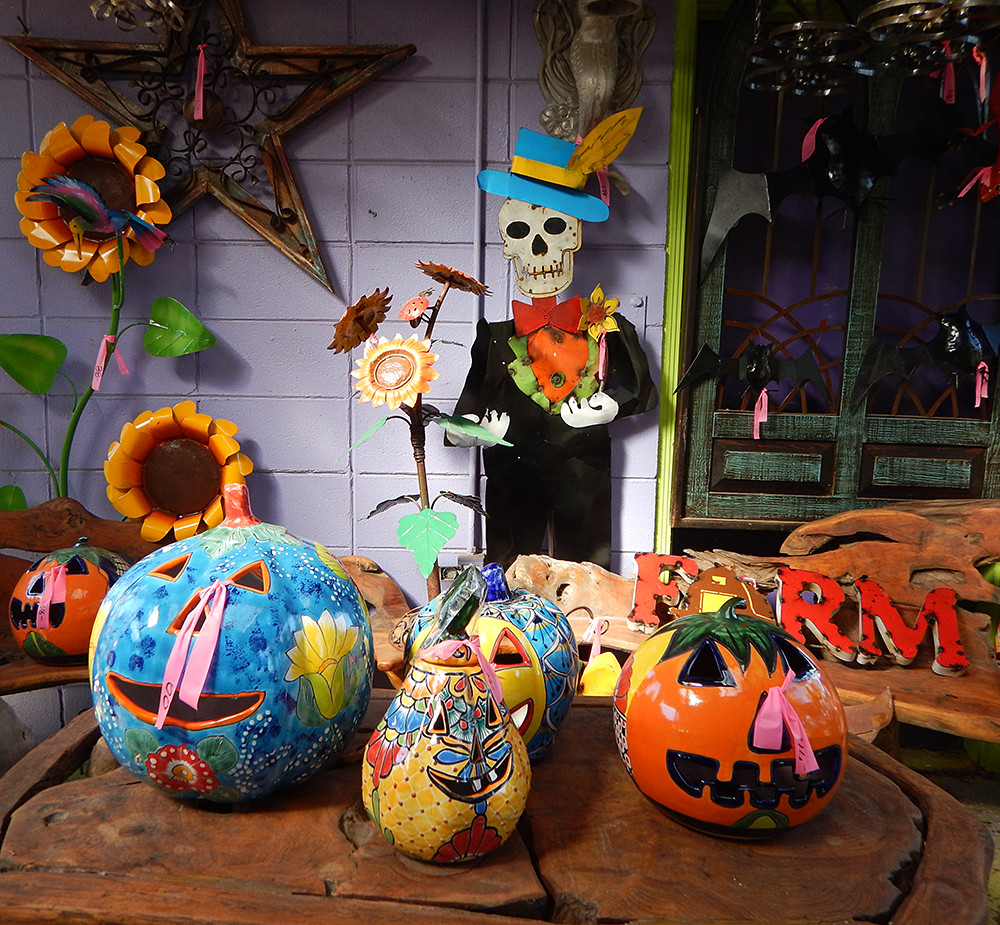 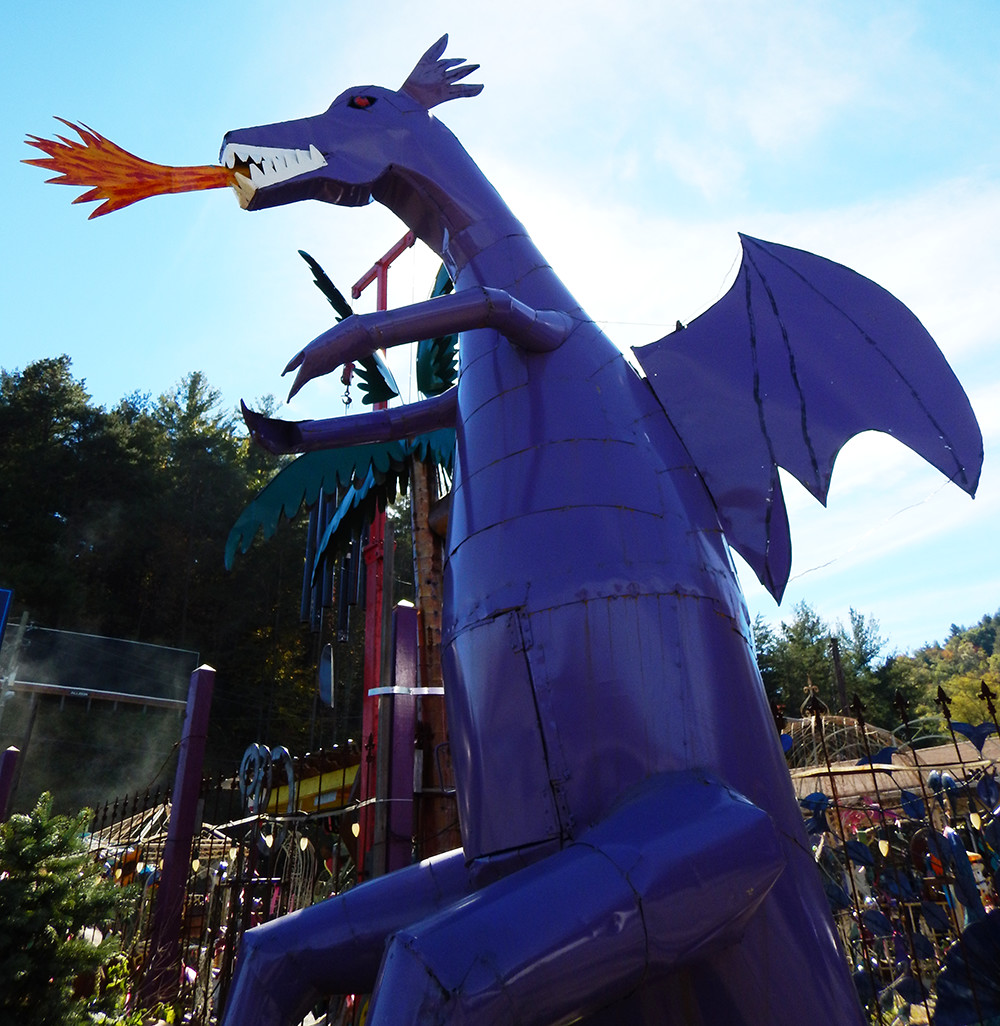 I would just LOVE to get that dragon, put him in my front yard and listen to my home owners association (aka the bane of my existence) bitch about it.  I’d have to win the lottery though so that they could fine me or whatever they would do.

I really wish I would have asked the guy if I could take a video walking through the shops because he was super mellow and groovy and probably would have said yes.  It wouldn’t have done the place justice but I’d love to share a little of the feeling of the place.

Leave a Reply to Cancel Reply