You’ve probably seen news articles on all of the manatees at 3 Sister’s Springs, it seems that people everywhere I talk to have.  I’ve been up there a few times. Once I did the ‘swimming with manatees’ thing and the second time I rented a board from Manatee Paddleboard and wrote about what a great time we had on their tour.   But I never went when it was actually manatee season.  I think that is about October through the beginning of April.  In other words, when it’s cold enough you aren’t sure you want to be in the water.  Trust me, it’s totally worth it.

This time we brought our paddleboards instead of renting.  This way we could be on the water at sunrise, before the crowds.  We didn’t actually get there quite that early, but good enough. We were the first ones at the little park where you can put in your boards or kayaks. We had barely even started out before we saw our first bunch of manatees. 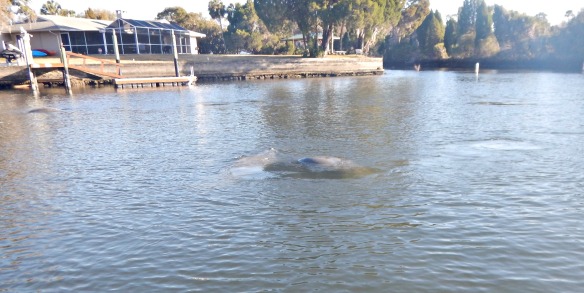 Because manatees are gentle, trusting creatures and humans are human rules have been put in place to ensure that the manatees are kept safe and unstressed.  The springs themselves are closed at certain times because there are so many manatees in there it’s not really a good idea to add us humans to the mix as well.  We got there at low tide though, before the manatees were able to get in the 3 Sister’s part of the springs.  So we could go in, we just had to leave the boards outside of the area.  No one else had walked in yet when we got there so I got to take a couple of pictures of the springs completely unpopulated. What a beautiful place! 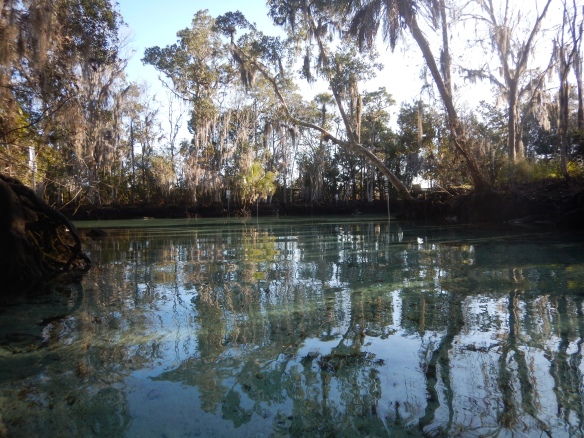 The main rule is that you are not allowed to chase or hassle the manatees.  However, if you stay in one place long enough they will very likely come up to you to check you out.  There are always rangers and tour guides there, they will ensure you know and follow the rules.  The great thing about this is they are a wealth of knowledge. Be sure to take the time to talk to the rangers because they seem to know just about everything about manatees and lots about some of the individual manatees that are there.  Pretty awesome. One thing I learned is manatees like bright nail polish.  Good to know! 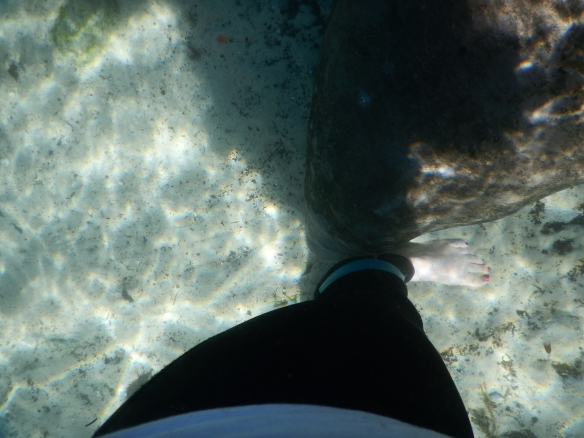 The only downfall of the bring your own board approach is I don’t have enough boards for the kids, and ever since they saw my pictures they have been wanting to go.  My son prefers kayaking anyways, so next time we’ll most likely be renting. April’s getting here awfully quickly, so I better get a move on to plan the next trip!